75 years since the invention of the transistor: The silent revolution

The IMB-CNM celebrates the 75th anniversary of the invention of the transistor at Bell Labs in Murray Hill (New Jersey), a microelectronic component that is at the heart of the digital revolution. Find out about all the outreach activities we are carrying out to spread the word about the silent revolution.

Why celebrate the transistor today

The transistor is a semiconductor electronic device used to deliver an amplified output signal in response to an input signal and replaced the bulky and inefficient vacuum valves of the early 20th century. Although initially conceived as an analog amplifier device, over time its role was enhanced and its technology was adapted as a digital switch. Thus, the transistor represents the physical embodiment of the '1's and '0's of binary logic on which microprocessor chips and memories are based, integrating thousands or millions of these devices in a small space.

The operation of the vast majority of the equipment we use every day (televisions, audio and video players, quartz watches, cell phones, computers, LED lamps, medical equipment, electric vehicles, etc.) is based on the properties of transistors and the integrated circuits built with them.

It is a fundamental invention for understanding the development of microelectronics in the 20th century, the miniaturization of electronic components and the digitalization processes of society.

The invention took place between 1947 and 1948, in December 1947 the experiment of physicists John Bardeen, Walter Houser Brattain and William Shockley was completed and the invention was published the following year.

The IMB-CNM is the only institute in Spain capable of manufacturing transistors with full CMOS technology. This means that we are the largest center in Spain dedicated to the research and development of micro nanotechnologies and electronic microsystems, with unique capabilities in silicon technology. The center is unique in the design and manufacture of integrated circuits or simply chips, in its Micro and Nanofabrication Clean Room. 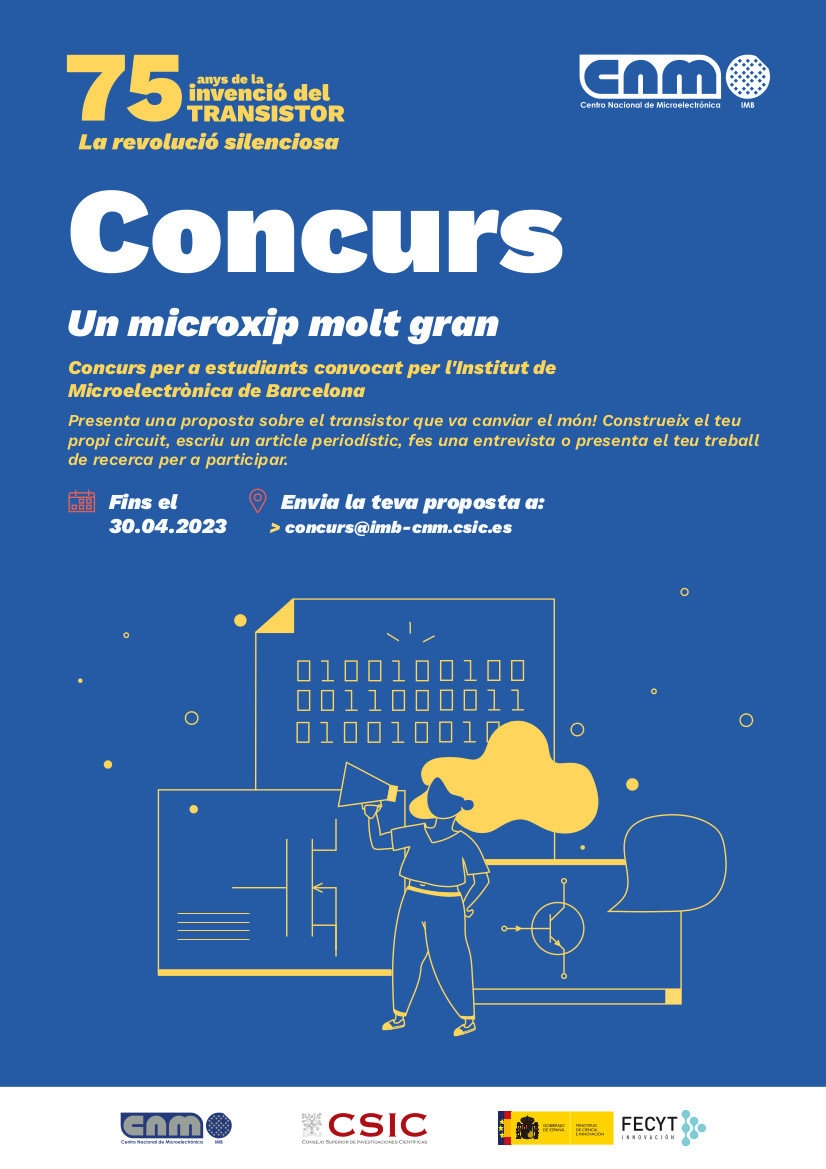 The IMB-CNM organizes the microelectronics contest for students Un microchip muy grande to encourage students' interest in electronics. It will reward proposals in the field of electronics and, more specifically, to the transistor as an electronic device. The launch coincides with the 75th anniversary of the invention of the transistor. It is a proposal of the IMB-CNM-CSIC financed by the Fundación Española de Ciencia y Tecnología (FECYT) - Ministerio de Ciencia e Innovación.

The institute makes available to all schools and institutes a didactic itinerary with educational materials on which to work on proposals and accompany students during the academic year. The deadline for receiving papers is open until April 30, 2023.

Cycle of conferences "The Silent Revolution" 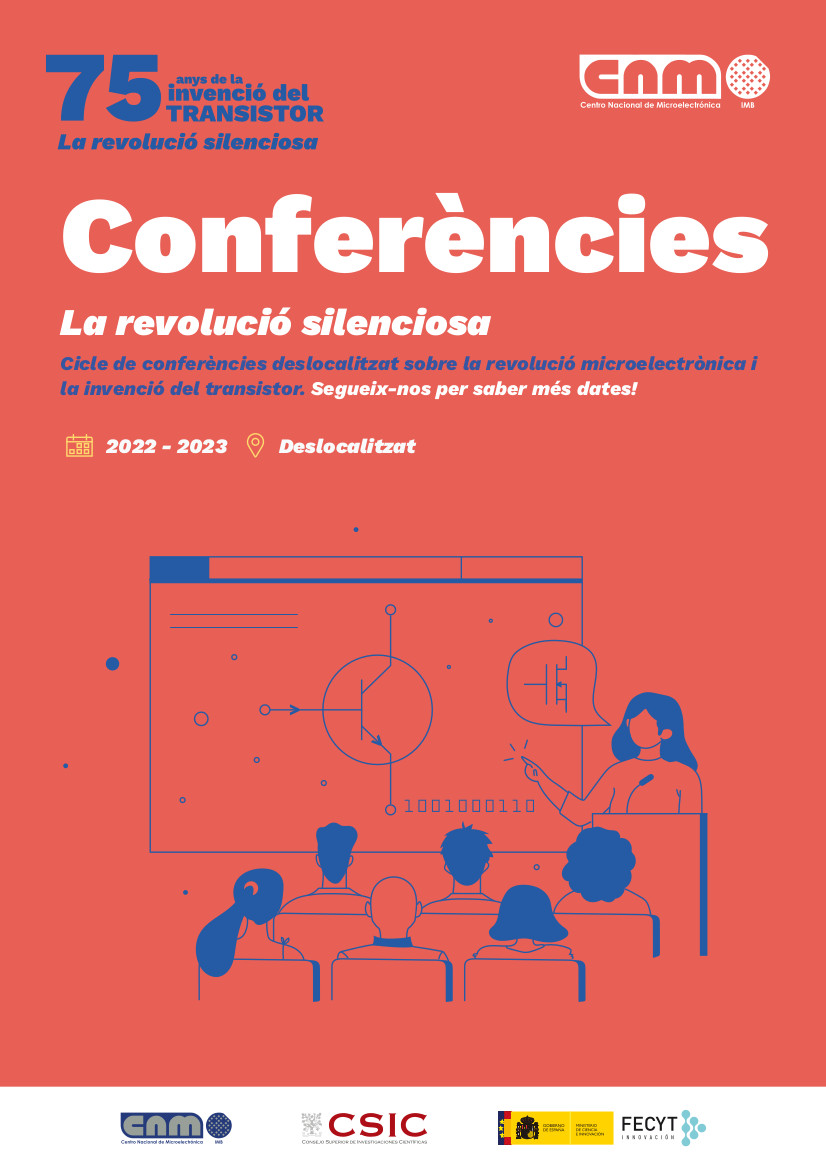 During 2022 and 2023, the years between which the anniversary of the invention is framed, we are organizing a series of lectures, relocated throughout the province of Barcelona, to offer different perspectives on the future, present and past of the transistor.

Lecture by Professor Ignacio Mártil (Professor of Electronics at the Complutense University of Madrid and member of the Spanish Royal Society of Physics) on "possibly the most important invention of the 20th century". At the Institut d'Estudis Catalans, in Barcelona.

Talk by Núria Salán (President of the Societat Catalana de Tecnologia and Professor UPC-Terrassa) on the invisible contribution of women, technicians and scientists to the history of microelectronics. At the Institut d'Estudis Catalans, in Barcelona.

Shortly, we will announce more sessions. 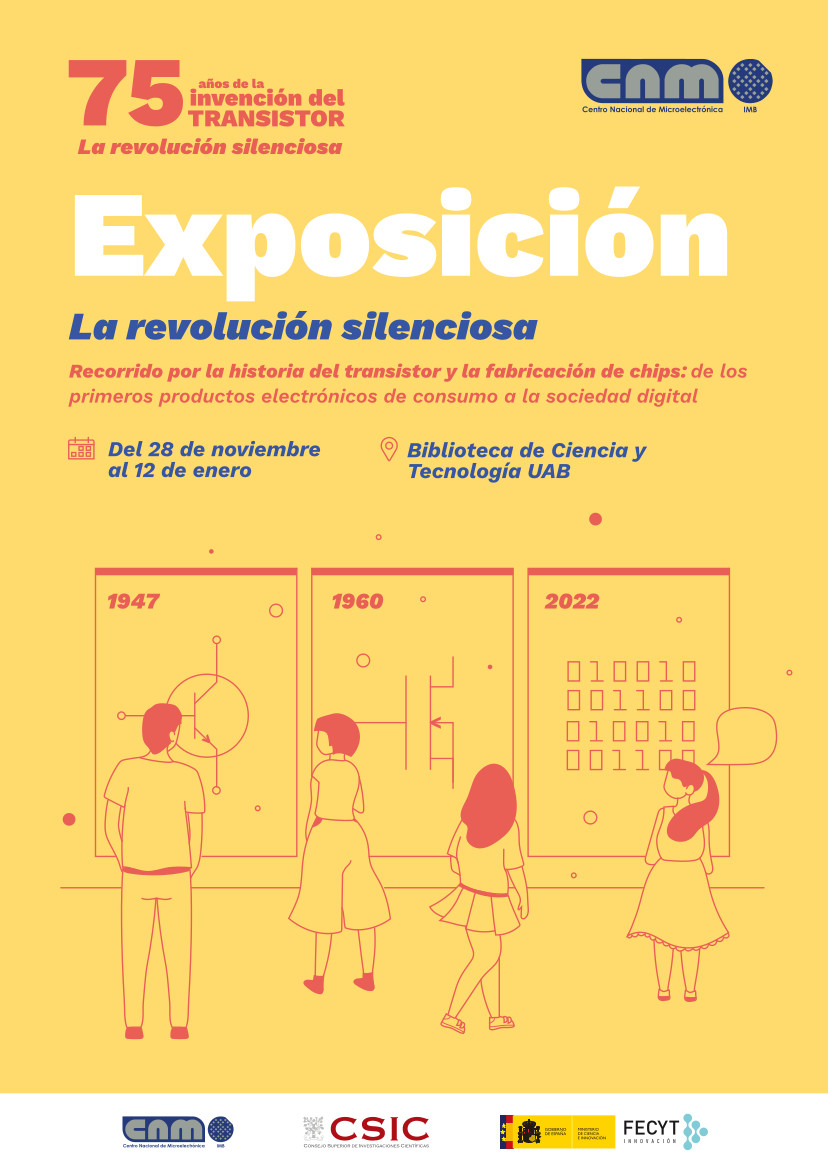 The exhibition explains the history of the transistor and all the technological innovations that its invention entailed. Starting with the problem of replacing vacuum tubes, we progressed to the possibilities that the transistor opened up for technology, miniaturization processes, and society, from the first compact transistor-based radios of the 1950s to today's mobile phones.

The exhibition is itinerant and the dates will be announced in advance.

The exhibition schedule is as follows: 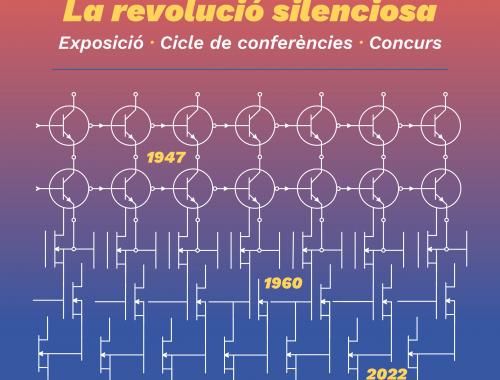 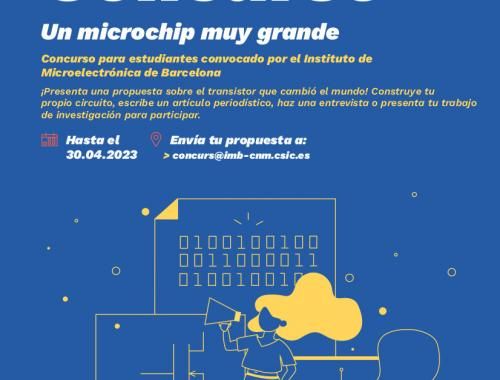 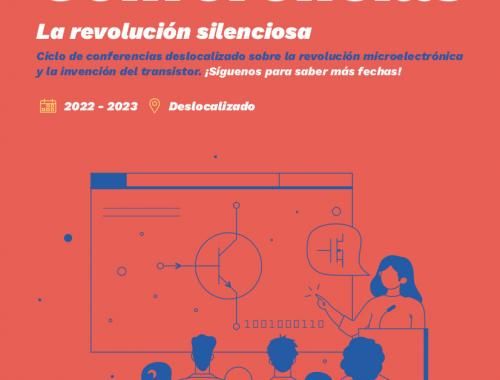 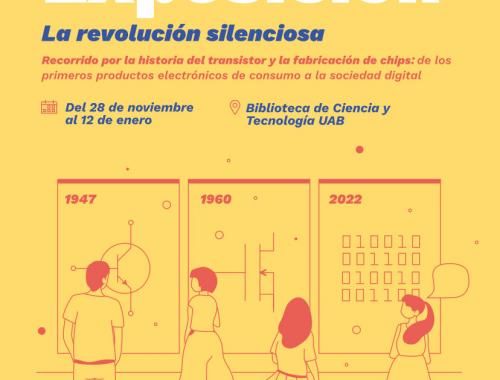