The Institute of Microelectronics of Barcelona opens the exhibition The Silent Revolution at the UAB Science and Technology Library. It reviews the 75-year history of the transistor and the paradigm shift that it brought for society. It can be seen at the UAB for a month and a half. 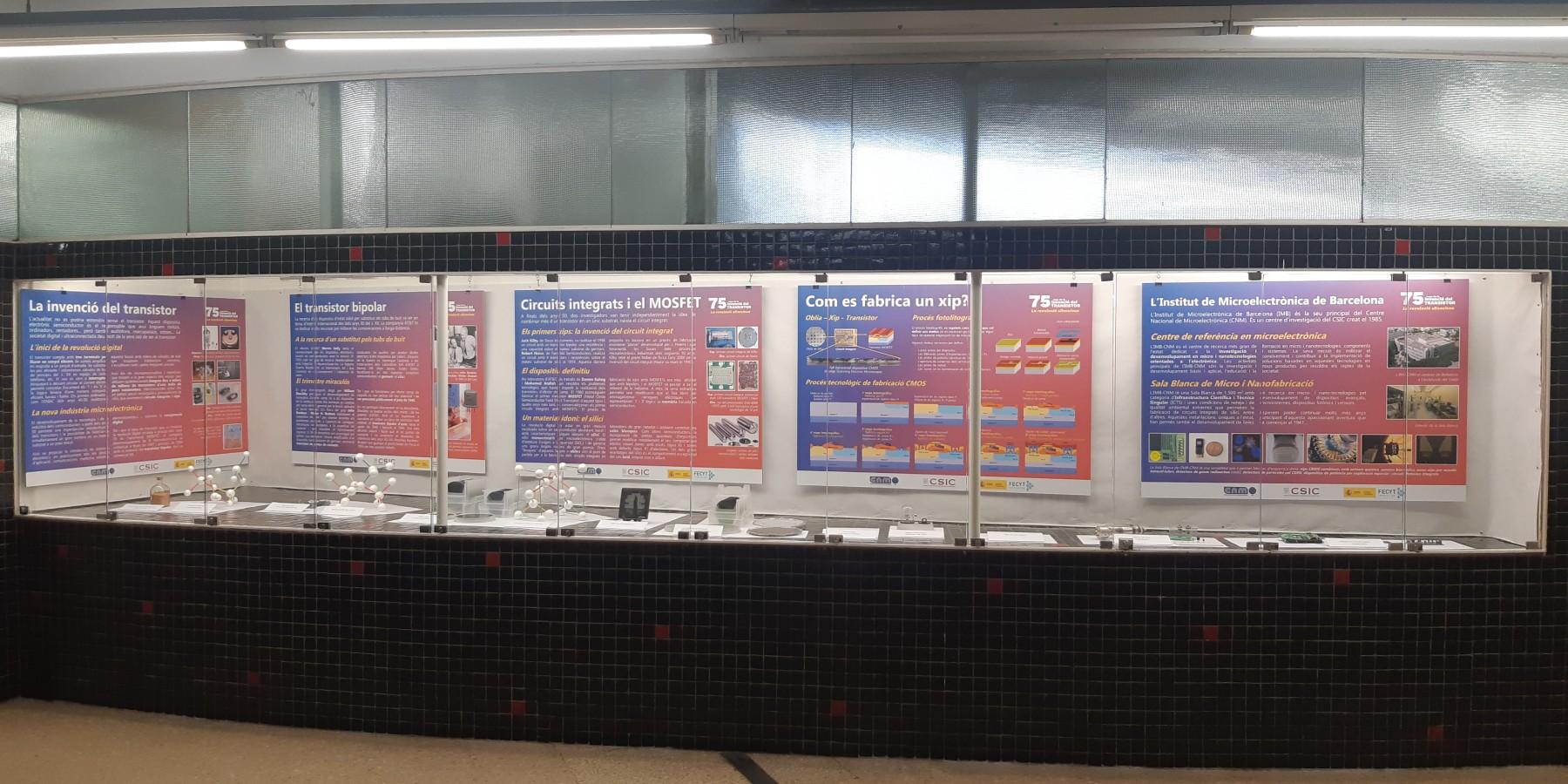 "The 75th anniversary of one of the most important inventions of the 20th century deserves an exhibition claiming its importance and at the IMB-CNM, as a reference center for microelectronics throughout the State, we feel hyper-motivated to do it", says Xavier Jordà, IMB-CNM researcher and content coordinator of the exhibit.

The silent revolution is an initiative of the IMB-CNM-CSIC for the 75th anniversary of the transistor, with the support of the Spanish National Research Council (CSIC) and the Spanish Foundation for Science and Technology · Ministry of Science and Innovation (FECYT). It is a parallel activity to the contest for students and conferences cycle that the IMB-CNM organizes for the same reason. Un microchip muy grande is coordinated by Joan Marc Rafí, a researcher at the IMB-CNM, with the support of the institute's Scientific Culture team, made up of Sabela Rey Cao and Patricia Rodrigo Zamora.

The most important invention of the 20th century

Discovered in December 1947, the transistor replaced vacuum tubes and allowed for the miniaturization of electronics, the first massive example of which in consumer products was the radio –which went from being a bulky household appliance to a pocket device (hence why it became commonly known as a transistor or transistor radio). His discovery has great derivatives, such as the birth of Silicon Valley, the current headquarters and nest of the great technology companies, closely linked to this event.

The transistor works like a digital switch, a kind of faucet that lets the current pass, the physical embodiment of the 1 and 0 of binary logic; and they are inside the chips. A mobile phone today has thousands of chips and millions of transistors.

The growing demand for electronic products, the delays in the supply of integrated circuits and the debates on technological sovereignty make us increasingly aware of the need for chips in our society, but do we know to what extent? The exhibition shows details about the history of the device, what microelectronic manufacturing consists of, how a clean room works for the manufacture of integrated circuits (such as the one that houses the IMB-CNM) and the multiple applications it has today.

The exhibition is now opening at the UAB Science and Technology Library, where it can be seen until January 12, 2023. Next year, it will move to other institutions.

On November 29, the researcher Elisabet Prats (CIBER-BBN researcher in the Institute's Biomedical Applications Group) was in charge of inaugurating the exhibition with the talk De la ràdio del iaio a la Playstation 5: el transistor fa 75 anys before an audience of more than twenty people. The following appointment is scheduled for Thursday, December 15, with a historical talk by David Quirion, vice technical director of the institute's ICTS.