The device is the result of KardiaTool, a European project. It contains a biosensor chip developed in the Clean Room of the IMB-CNM, and functionalized magnetic nanoparticles synthesized at ICMAB, key to detect the biomarkers found in saliva. 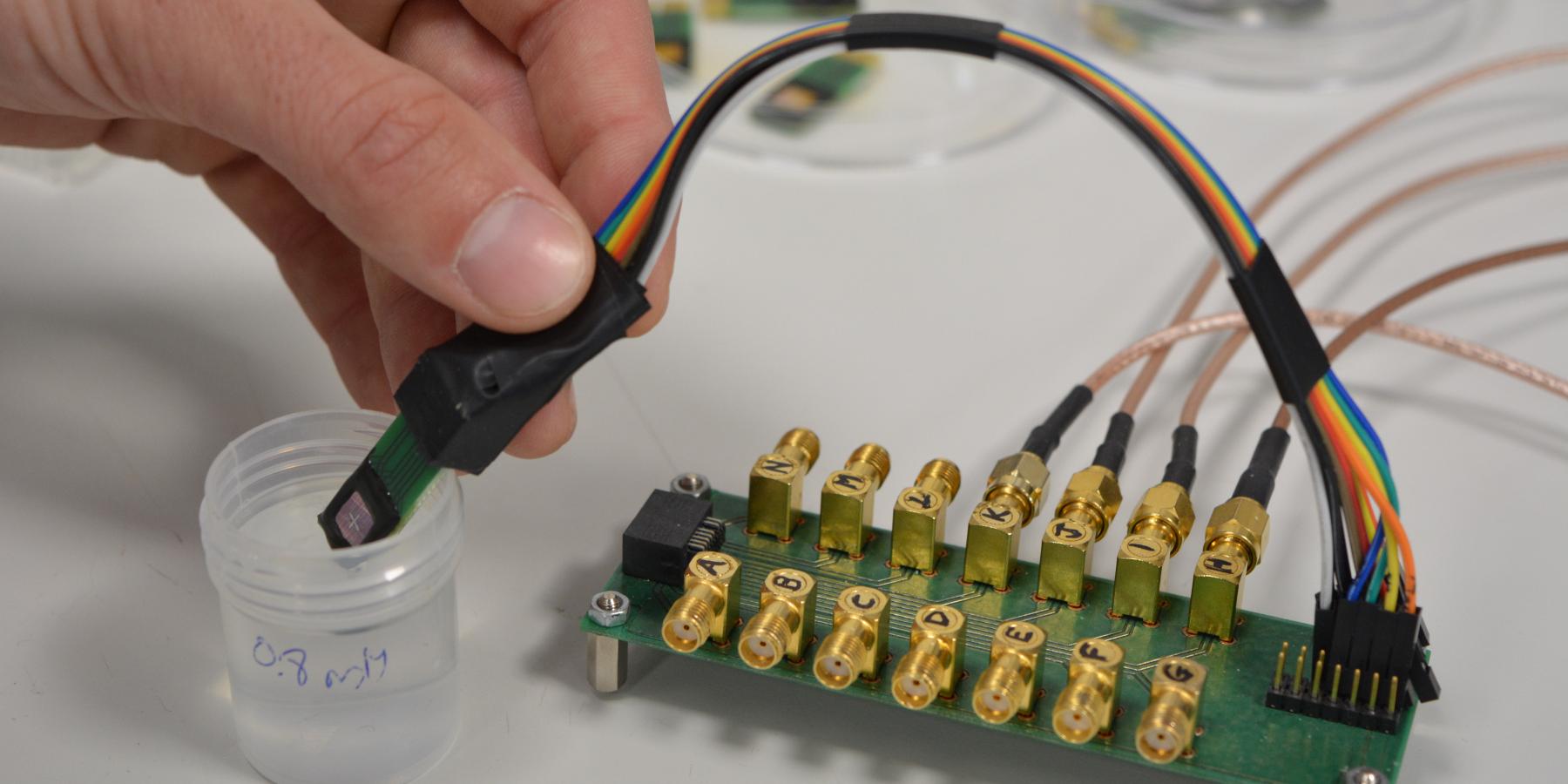 A European project involving researchers from the Spanish National Research Council (CSIC) has developed a rapid device that detects heart failure through saliva samples. It is a low-cost and portable test that allows the diagnosis of this disease, which affects 26 million people worldwide and is currently the most frequent cause of hospitalisation in people over 65 years of age.

The device has been designed in the KardiaTool platform, a project funded within the Horizon 2020 program, involving researchers from the Institute of Microelectronics of Barcelona (IMB-CNM-CSIC) and the Institute of Materials Science of Barcelona of the CSIC (ICMAB-CSIC). The results have been published in the journals Analytica Chimica Acta, Chemosensors and Molecules.

The new system is a portable laboratory, built from microelectronic systems, integrated sensors, biochemical compounds and magnetic nanoparticles, capable of separating and identifying biomarkers in saliva. Its operation is based on a microelectronic biosensor (called ImmunoFET) containing silicon nitride manufactured in the Clean Room of the IMB-CNM-CSIC. ImmunoFET consists of a transistor capable of detecting one of the biomarkers of heart failure: tumor necrosis factor-α (TNF-α), in the patient's saliva. The team has experimented with artificial and human saliva samples that show high sensitivity to TNF-α concentration.

"The biosensor devices are integrated in a lab-on-chip that will allow performing a complete immunoassay for the measurement of the biomarker concentrations", explains Joan Bausells, PI of the IMB-CNM contribution to the project and NANONEMS group leader. "The use of ISFET devices for the biosensors takes advantage of the intrinsic electronic amplification properties of the transistor to increase the sensitivity," adds the researcher. 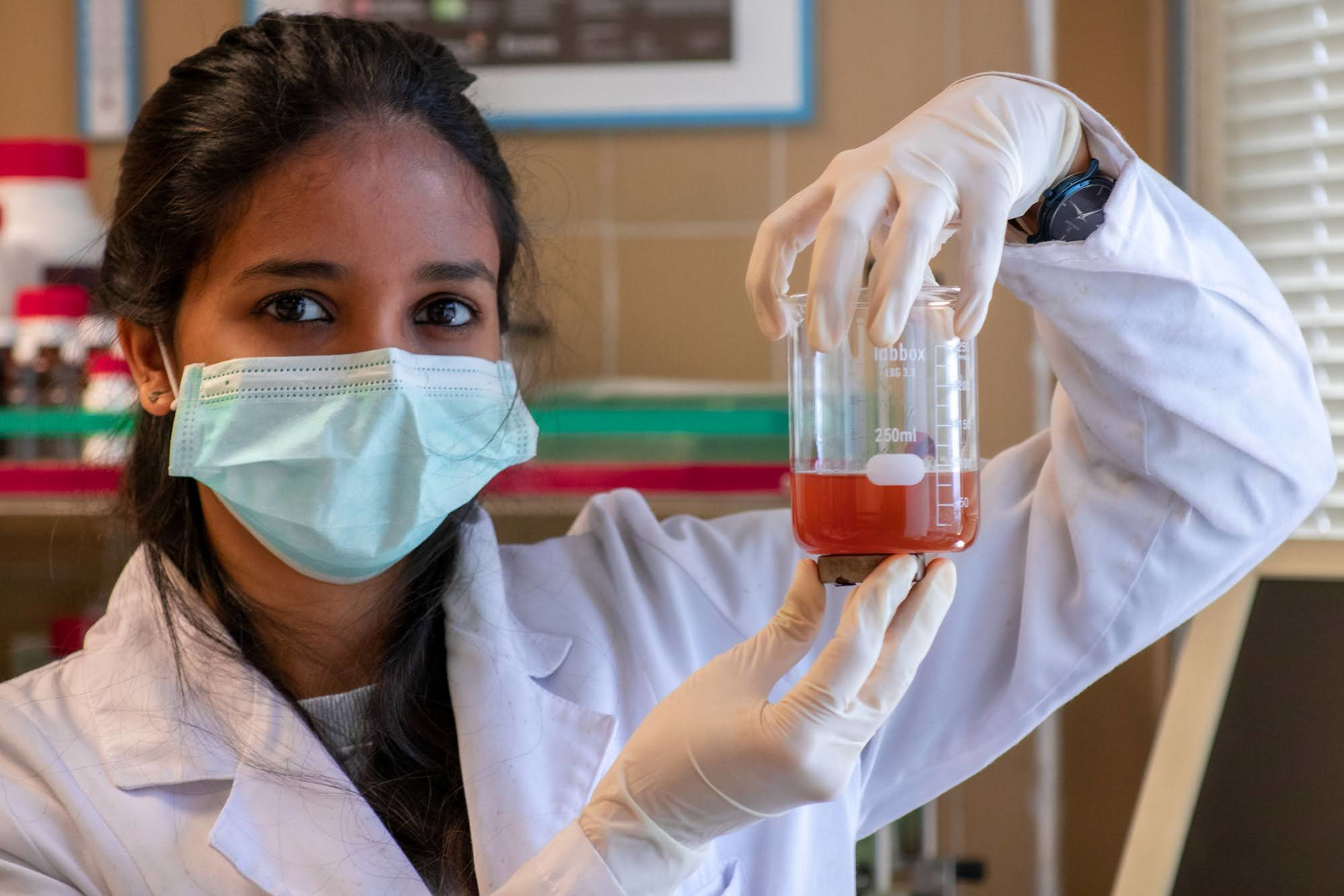 On the other hand, the team of researcher Francesc Teixidor, from ICMAB-CSIC, has synthesized the magnetic nanoparticles of the device. "As the concentration of biomarkers in saliva is lower than in blood, we need to make a preconcentration. To do this, we use magnetic nanoparticles functionalised with specific antibodies that capture these biomarkers," explains Francesc Teixidor, ICMAB researcher. "The most important challenge has been to achieve nanoparticles that are stable enough not to precipitate and to circulate through the microfluidic channels of the device," he adds.

Heart failure is the main cause of mortality in Western societies

An effective and rapid diagnosis of heart failure can be key for its treatment. Nowadays, the monitoring is done by quantification of biomarkers in blood analysis. Using the developed device for heart failure detection through saliva samples would be a much quicker tool to enhance diagnosis and treatment. "The automatic device developed within the project does not require specialized personnel and is a tool that can rapidly indicate the severity of heart failure condition. We think that it can be very useful to doctors, especially to plan and evaluate the efficacy of the different treatments for the patients", adds Francesc Teixidor.

A collaboration of 14 European institutions to detect heart failure

KardiaTool is an international project funded by the European Commission within the Horizon 2020 Research and Innovation program. It has been granted € 4.9 M since 2018. The project counts with the participation of 14 institutions from 9 European countries. IMB-CNM and ICMAB are the leading CSIC centres involved since the beginning and the only Spanish contribution to the project.