Keys to understand the shortage of chips in Europe

We live surrounded by chips. They are not only in products such as mobile phones or computers, but also in the automotive industry, the industrial production of clothing or food and in critical sectors such as medical instrumentation, security or defense. But why are chips missing?

Article written by Luis Fonseca, director of the IMB-CNM, originally published in "Ciencia para llevar", the CSIC blog in 20 minutes

We live surrounded by chips. They are not only in products such as mobile phones or computers, but also in the automotive industry, the industrial production of clothing or food and in critical sectors such as medical instrumentation, security or defense. That is why when these semiconductors are scarce, as is the case today, alarm bells go off. But why are chips missing? Although much has been said about it in recent months, from the Institute of Microelectronics of Barcelona (CSIC) we will try to contribute our point of view.

The first is electronics, which is the branch of physics that studies the movements of free electrons and the action of electromagnetic forces and how to use them to control electricity itself and manage all kinds of information processes. This is no small thing, because, as Michael Faraday predicted in a widespread but unofficial anecdote in which he pointed out that they would end up paying taxes on electricity, we have made electricity and information one of the main vectors of our society in general and of our productive and economic system in particular. The first industrial revolution was forged around steam, but the protagonists of subsequent revolutions have been electricity, electronics and information.

The transistor, for its part, is the fundamental electronic component that put us at the forefront of modernity and the transition to the information society. This grandfather of microchips turns 75 in 2022. It is a device that acts as a switch, allowing current to pass through it depending on whether a control signal is activated. Ones and zeros (input signal) generating ones and zeros (output signal) are the embodiment of the bit and the magic of binary logic that takes us from the modest transistor to a supercomputer. Microelectronics and nanoelectronics have made it possible to make these transistors smaller and faster to the point of being able to integrate thousands, tens of thousands, millions, billions, millions of millions of transistors on the same chip... That is why we now speak of terabyte memories and processors that execute trillions of instructions per second.

Micro and nanoelectronics are, therefore, the extreme goldsmith that allows us to reach the "computer infinity" and beyond. The memories and processors are made in semiconductor factories (foundries) that are, today, the sublimation of technological complexity and the maximum exponent of efficiency and productivity. To produce them, hundreds of processes are precisely orchestrated in large spaces (clean rooms or 'white rooms') that are maintained under carefully controlled conditions: stable temperature and humidity, absence of vibrations and cleaner air than that of an operating room. 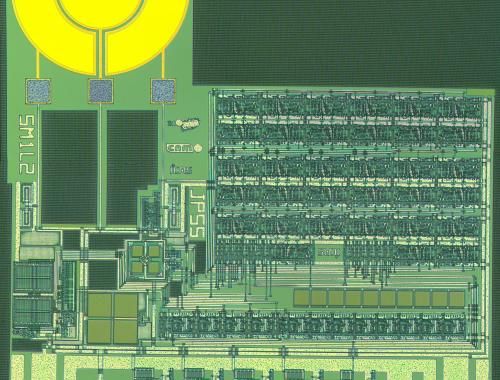 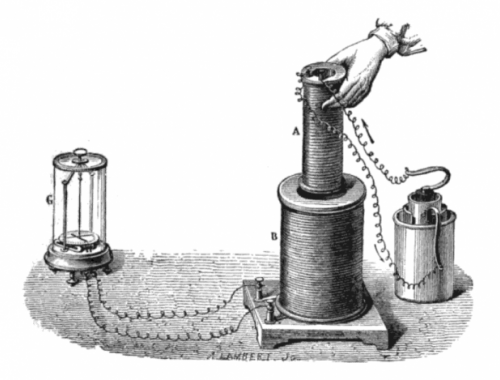 A crisis of the productive system

Although chip manufacturing has its own technological challenges, linked to the limits of continuous miniaturization, the chip crisis is not technological, but economic and of the productive system. And it is not due to a single reason, but to a series of "catastrophic misfortunes". This crisis has shown that our hyper-specialized and ultra-connected system does not defend itself well against major disturbances. It seems clear that the relocation of production and just-in-time schemes for the sake of economic efficiency pose a significant risk when global transport is not insured and involves a high cost, and here the cost of energy plays a large role.

The great disturbances that have shaken the productive system have been the pandemic and, to a certain extent, climate change, which have been combined with the extreme location of chip production: approximately 85% of them are manufactured in Asia and up to two thirds parts only in Taiwan, an island the size of Catalonia with a particular relationship with mainland China. Precisely, Taiwan saw its chip production affected by a severe episode of drought, since water is an important resource in its manufacture.

The pandemic, for its part, markedly altered the balance between supply and demand for semiconductors, which was already stressed by the global and sustained drive towards greater digitization. One of its main consequences has been the spectacular increase in the demand for electronic entertainment and teleworking tools, as well as the need to scale up the entire associated interconnection mega-infrastructure.

Consider some little-known facts: building an advanced semiconductor factory costs some tens of billions of euros and getting it up and running takes at least two years; the time to get a chip-in-hand is not much different from the nine months of a pregnancy; and, in a scenario of low supply, not all demand is equally appreciated. In this sense, mobile phones and computers use chips with higher added value, and more expensive, than those used in vehicles. Cell phones and computers saw their orders increase during the pandemic, and vehicles reduced and suspended theirs waiting for their own demand to recover... but, now that this demand has increased, chip producers do not have as much incentive to supply them when they still struggle to fulfill the requests of the former. The millennial generation understands that a problem in the global digital interconnection can be solved in minutes or hours, but boomers know that repairing the global physical interconnection (read producing and transporting goods) takes weeks or months.

In the same way that the pandemic may change certain behaviors forever, the semiconductor crisis may encourage lasting change. Both the United States and Europe have plans to increase their chip production. In the European case, this increase in production involves attracting American or Taiwanese companies, since there are no large local producers of memories and processors, and, of course, there are no public semiconductor factories, nor are they expected. It should also not be forgotten that processors and memories are king and queen on the board of electronic components, but there are other pieces, all necessary, whose play must also be ensured. Whether car chips are bishops or horses, there are still plenty of pawns that the semiconductor crisis threatens to leave behind. They are less complex chips, but equally necessary, which could be manufactured in smaller cleanroom networks, at a lower cost, and distributed geographically in such a way that they are subject to fewer political-economic fluctuations.