The device, which features a silicon sensor manufactured at IMB-CNM's Clean Room, monitors radon levels automatically and remotely. Radon gas is the largest source of natural radiation exposure in humans and causes 3-14% of lung cancer cases.

The Spanish National Research Council (CSIC), through the Institute of Microelectronics of Barcelona (IMB-CNM-CSIC), has collaborated in the design and development of a prototype for the detection of radon gas, a naturally occurring radioactive gas that can be found in the interior spaces of buildings. It consists of a small device that connects to a wireless network and automatically monitors radon levels in its environment in buildings. This detection system contains a silicon sensor manufactured in the Clean Room of the IMB-CNM-CSIC.

The prototype, still in the standardization phase, is the result of the CARE project, an initiative that has been led by the company Alibava Systems and has had the participation of two public research centers, the IMB-CNM-CSIC and the Instituto Galego de Física de Altas Enerxías (IGFAE) of the Universidade de Santiago de Compostela, which has been responsible for carrying out the calibration and validation tests, both in its experimental facilities and in real environments. CARE also involves three companies, ATI Sistemas SL, Radiansa Consulting SL, Sensing & Control Systems SL.

It is a portable detector, which is plugged into the power and provides real and periodic measurement through the wireless network to which it is connected. The team has developed a semiconductor sensor for the detection of radioactive elements generated during the decay of radon and a control system capable of providing gas concentration measurements with frequencies of less than half an hour. This is the main novelty. "Most commercial detectors only provide the average radon concentration recorded in the previous 24/48 hours," says Dolores Cortina, a researcher at IGFAE. "For this, the implementation of an algorithm adapted to the high capacities of the developed sensor has been essential, allowing to combine speed and reliability in the measurement", she adds.

The IMB-CNM-CSIC has actively participated in the development of the semiconductor sensor that contains the CARE prototype, whose sensitive area has been set at 800 mm2. For optimum sensitivity, it has been covered with 30 silicon sensors with dimensions of 27 mm2. These chips have been fabricated in the Micro and Nanofabrication Clean Room of the IMB-CNM-CSIC, a unique scientific and technical infrastructure (ICTS) of the CSIC dedicated to the development and application of innovative technologies in the field of microelectronics.

"The biggest challenge has been the integration of silicon in the heart of the radon detector; the final characteristics of the system depend on its quality, stability and repeatability," says Salvador Hidalgo, principal investigator of the IMB-CNM-CSIC in the project. "Modular structures consisting of ten silicon detectors have been fabricated, three of which have been used for this prototype, positioned in a novel way. This solution allows us to have a very flexible system, with quick and easy adaptation depending on the application," he adds.

The device will be applied in both public and private buildings once it is approved, both in the domestic and industrial sectors. "It will be marketed in different countries around the world where building regulations require an active radon concentration monitoring or control system," indicates Juan Herranz, director of Alibava Systems and coordinator of the project. "In addition to the possibility of data storage in the cloud, the final device will have communication protocols to communicate with the most commonly used intelligent ventilation systems in the building," he notes.

Radon is a naturally occurring radioactive gas that can be found in the interior spaces of buildings. It is also the largest source of natural radiation exposure in humans. The World Health Organization (WHO) estimates that 3 to 14% of lung cancer cases can be attributed to radon depending on its concentration. According to a mapping by the Consejo de Seguridad Nuclear (Nuclear Safety Council), the geology of places such as Galicia, Extremadura or the provinces of Barcelona and Girona means that they have high levels of radon, although the gas can be found in all buildings.

"Existing radon detectors on the market perform the reading passively, but this prototype makes it possible to automate the data collection process and the execution of corrective actions," compares Celeste Fleta, IMB-CNM-CSIC researcher on the project. "The concentration readings are processed in the sensor unit and the results are sent wirelessly to a control center that executes the established safety procedures," she adds about the prototype, which has shown an efficiency "10% higher than current systems" in the validation phase.

The device provides the ability to have a distributed detection network within the area to be monitored, accurately identifying potential risk areas to be able to take corrective measures in the spaces where it is necessary. It is a real-time monitoring, thus increasing the level of security.

The CARE project (Development of an automatic radon concentration monitoring system in buildings) has been funded by the Ministry of Science and Innovation in the 2016 Call for Collaborative Challenges (RTC-2016-5627-1). It is an industrial research project to facilitate collaboration and knowledge transfer between public institutions and business. 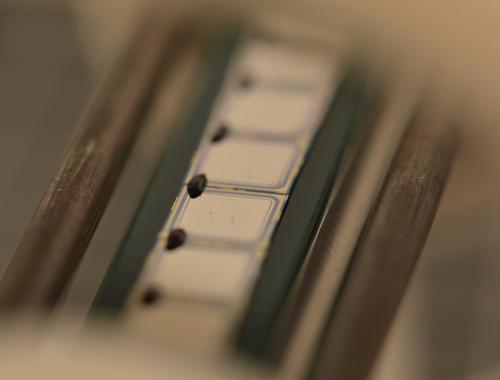 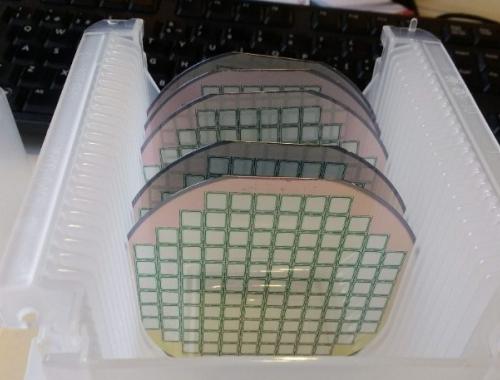 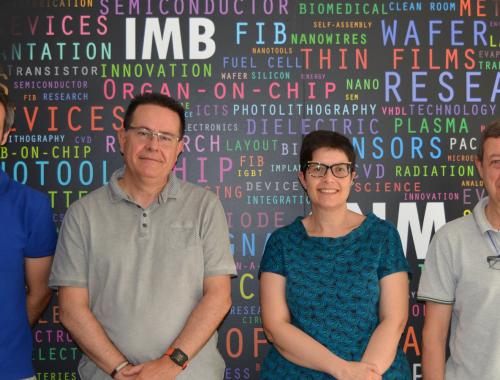